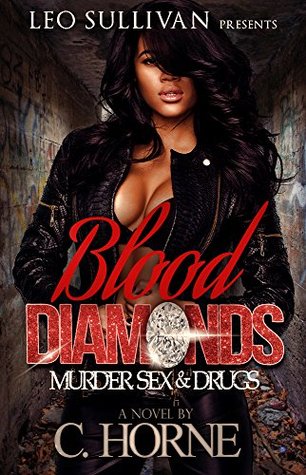 “What did you do with the money this week?” she asked her husband.
“Woman, leave me the hell alone!” he shouted back angrily.
“I’m sick and tired of your drinking. I’m sick and tired of your whoring around so, Mark! You need to pack your shit and get on out of here,” she demanded.
As soon as the words were out of her mouth he punched her, knocking her against the wall of the room. She was dazed from the blow to her head. She waited for the next kick or punch to come, but for some reason it didn’t. She fought to clear hear head and focus her eyes as she saw the bright red blood on her face which she immediately assumed was her own. She heard a sound of pain and the rumble of a beating followed by the unmistakable sound of bone breaking. She thought she was dreaming and that she the impact from his punch had her mind wandering. When her head finally cleared she saw who had screamed out in pain as well as where the blood was truly coming from.
Her two sons and her nephews all swung baseball bats as they beat the shit out of her husband. His arm hung to his side broken, yet still attempting to protect himself. She flung herself from the wall to stop them before they managed to beat him to death. As they lifted their bats above their heads to swing again, she leapt over her husband’s still body because she realized that if she didn’t stop the beating then they would surely kill him.
“Don’t!” she cried. “Please, don’t.” She begged them to stop.
“Let us kill this nigga and pay him back for all the shit he’s done to you,” Frank said angrily.
“No!” she screamed. “You’ll all go to prison if you kill him,” she reasoned with them.
“Mom, if it means that he never harms you again then I’d gladly go to prison,” Billy replied heatedly.
“No. Please, no! Don’t do it. I can’t let you do it,” she said frantically.
Frank knelt down to look into his father’s mean eyes filled with pain and terror, yet now they showed no signs of drunkenness. Frank pushed the side of his father’s head with the bloody baseball bat in his tight grip. “Can you hear me, Pops?” he asked calmly.
His father didn’t speak but his eyes showed that even in his pain he understood.
“In your lifetime neither I nor any of us ever want you to speak to us again and if you ever again put your hands on Moms then I’m coming for you. The next time I come I’m going to put a bullet between your eyes and send you to hell where your maggot ass belongs. Do you understand me, Pops?” Frank asked. “I want to kill you so bad but here’s a woman you’ve dogged for years laying in your blood begging for your life. I should kill your ass anyway.”
“No,” his mother cried. “Don’t do it, Frank. Please.”
Frank stood but then dropped right back to his knees. He dug his hands into his father’s work pants pockets and pulled out a roll of folded bills which he gave to his mother.
As the group of boys turned to leave, Billy stopped and said, “Remember, man…if she even gets a bump on her face or a scratch then you’re a dead nigga.”
With that the four of them left the house as their mother ran to the phone to call an ambulance. After that night they never lived at home again but they constantly checked on their mother. For the rest of his life, their father never took another drink and for the rest of their lives they never acknowledged him again.